The earliest reference to Habung comes in the 10th-century copper plate grant of Ratnapala of the Pala dynasty .when it was a province (visaya) of the Kamarupa Kingdom with Brahmin settlements. It is known that Sukaphaa, the Ahom king, spent a few years in Habung before finally settling down at Charaideo in 1253. A future Ahom king, Sudangphaa, was born to an exiled queen in the home of a Brahman in Habung late 14th century.A 1392 copper-plate land grant from a Chutia king, Satyanarayan, to a Brahman discovered at Dhenukhana suggests that this region was under the Chutia kingdom at that time. The copper plate of Chutia king Dharmanarayan dated 1428 A.D. mentions Sri Vrihat-patra as Habung-aadhipati (lord of Habung). The plate records land grants of 400 puti given to a Brahmin named Purandar Vipra, indicating that Habung was a principality of the Chutia kingdom.

The last copperplate recording a grant made in the region was issued by king Dhirnarayan in 1522 A.D. at a place known as Konwargaon(present-day Dhakuakhana) after which the region was finally annexed by the Ahom king Suhungmung in 1523 A.D. 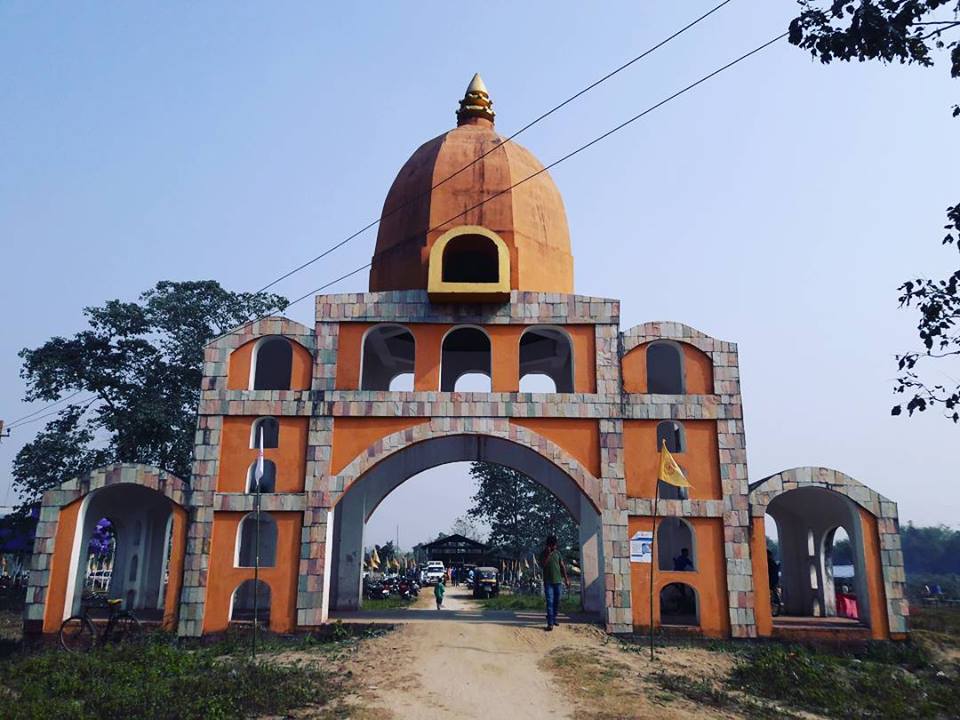 Gerukamukh is located at a distance of 44 Km from the district Head Quarter in the North-West direction. it is well connected by road. River Subansiri emanating from the Arunachal hills merges with the valleys at Gerukamukh thereby rendering the place with resplendent beauty.  Gerukamukh is also favorable for angling and picnic.  National Hydro-Electric Power Corporation is implementing a 20000 mega-watt hydroelectric power project at Gerukamukh. 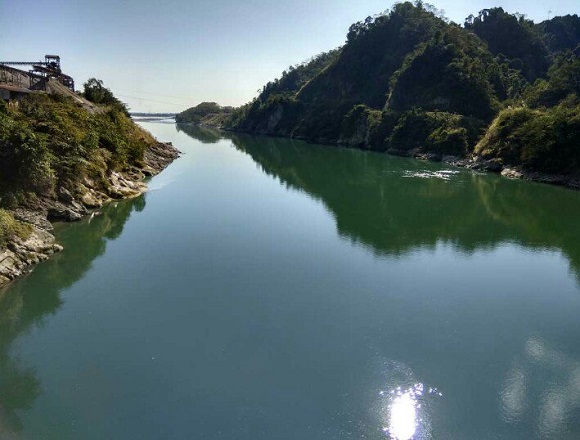 Poba Reserve Forest (27°50'11"N and 95°17'45"E) is situated in Jonai Subdivision of Dhemaji District of Assam. The Reserved Forest (RF) was created in the year 1924 and covers an area of 10,221 hectares. Poba is one of the richest rain forests of North-East India in terms of the flora and fauna found in it and can be very well termed a biodiversity hotspot. The forest receives an annual rainfall of 3600 mm to 4000 mm. The highest temperature so far recorded is 35°C in summer and the lowest is 7.0°C in winter. It is bounded in the  North by the foothills of the Himalayan range in Arunachal Pradesh, towards East and South are the Siang, Dibang, and Lohit river systems merging into the mighty Brahmaputra and the Dibru-Saikhowa National Park and towards West are the revenue villages of the Jonai Sub-division of the Dhemaji district of Assam. Poba RF is an important elephant corridor linking the foot hills of Arunachal Pradesh and Dibru Saikhowa National Park via the proposed Kobu Chapori Reserve Forest. The peripheral area of the RF is inhabited by a few ethnic groups such as Mising, Bodo, Sonowal Kachari and Hajong (Rabha). These communities are dependent mostly on forest for their livelihood. Scientific research is still being carried out on the flora and fauna of the forest.

It is historically believed that at this place Bamuni Konwar The son of then Ahom King Tyao Khamti was born. The Dol (Temple) Was built in the memory of Bamuni Konwar's mother Ghuguhi and is at a distance of 17 km in the southwest of Dhemaji. 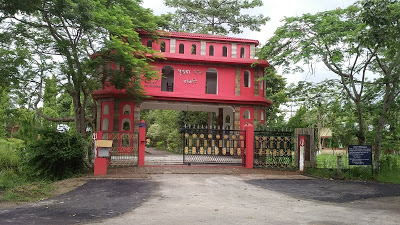 This place has been using for worship to the Goddess Malini from ancient times. Lots of historical monuments have also been excavated from the spot.  It is located at the border of Assam and Arunachal Pradesh, 42 km away in the northeastern direction of Dhemaji. 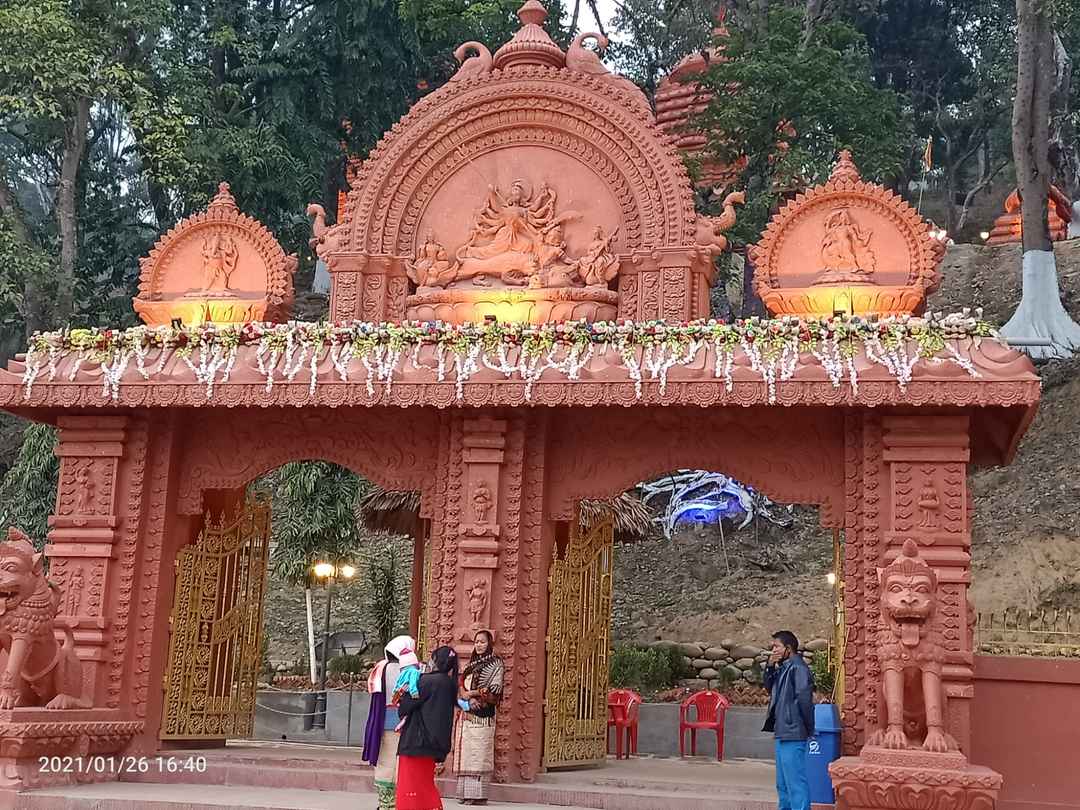 In addition, the following are the other important places of interest in the Dhemaji district:

Maa  Manipuri Than: Located at a  distance of 25 km in the southwest direction of Dhemaji it was established by the then Ahom King Gourinath Singha as a monument of appreciation for the help rendered by the Manipuries in controlling the Mua-Mariah rebellion during the later period of Ahom reign.

Rajgarh Ali:- A road constructed by Prince Gohain Kamal during Konch reigm and is at a distance of 22 km from Dhemaji.

Garakhia Than :- 12 km from Dhemaji under Gohain Mouza. 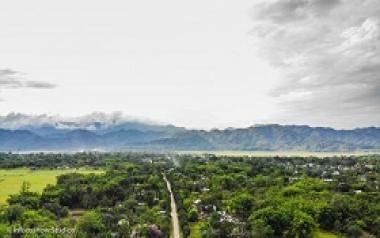