Dhemaji at a glance

Dhemaji District is situated at a distance of 465 km from Dispur, the state capital of Assam.  Positioned between the Brahmaputra on the north and the foothills of Arunachal Pradesh on the northeast, the district is endowed with natural flora and fauna.  The total geographical area of the district is approximately  3237 sq. Kilometers.

The district is divided into 2 sub-divisions viz., Dhemaji and Jonai and comprising of 5 blocks ie Dhemaji, Sissiborgaon, Morkongselek tribal development block, Bordoloni, and Machkhowa. There are 1150 revenue villages in the district.

The climate of the district is moderate. The temperature varies between 8oC (min) to 35oC (max). On average, the district receives around 3000mm of rain with the northeast monsoon contributing majorly towards it. The river Brahmaputra flows from east to west in the southern part of the district. Different tributaries viz, Dihingia, Jiadhal, Moridhal, Telijan, Kaitongjan, Laipulia Nadi, Kapurdhuwa, Sissi, Gai, Tangani, and Guttong originating from Arunachal Pradesh in the north, flow southwest carrying an enormous amount of alluvium through the district before merging with the Brahmaputra. Due to its unique geographical location, the district is vulnerable to floods and which occur regularly. Nearly 27% of the net cropped is flood-prone as well as flood-affected.

Agriculture is the main occupation of the people engaging about 59% of the working population. The soil of the district is mainly alluvial and sandy. Paddy is the major agricultural crop which is cultivated in 69290 ha (Summer, Autumn, and Winter paddy), and which constitutes around 55% of the gross cropped area (2001-2002). Mustard is the major oilseed crop grown in the district. Potato and pulses are other major crops grown in the district. Fruits and vegetables are also cultivated on a moderate scale. Piggery, Dairy, and Goat rearing are the major allied agricultural activities carried out in the district. Apart from Agriculture and allied activities, Sericulture activity especially Muga, Eri, and rearing of Mulberry is gaining ground which has also provided avenues of employment to many families and youth engaged in the aforementioned activities. 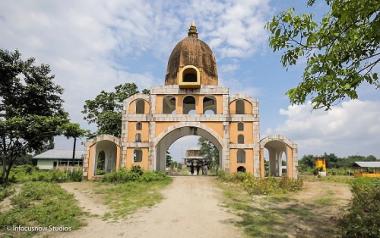